How to dress EMO style! 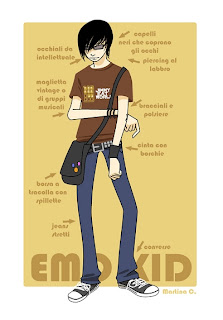 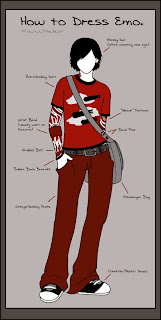 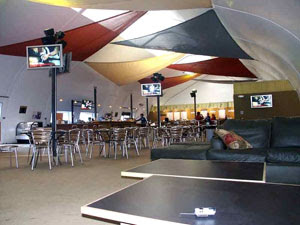 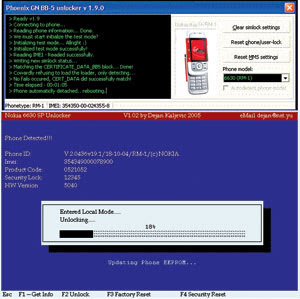 Emo Fashion
Emo fashion is characterized as distinctly non-fashionable, keeping with the movement’s theme of showing little to no interest in all aspects of society. Emo individuals perceive themselves to be outcasts and dress accordingly so as to avoid any appearance of attempting conformity and falling short.

Girls tend to have short, dyed-black hair with the bangs cut straight across, usually done by the individual herself or by a friend, shunning the processed, rubber-stamped appearance of mainstream hairstyles. Jewelry, including facial and other body piercings, is quite common and is kept as natural as is possible - wooden and hemp accessories are extremely popular, and are, again, often homemade. Clothes follow suit, ranging from thrift store finds to handsewn skirts and shirts, often comprised of multiple fabrics combined into one article of clothing. Vintage articles are trendy for members of the emo subculture, including 1970s-style shoes and jackets.

Emo boys often sport shaggy locks, although for males less emphasis is placed on dying the hair black. Men tend to wear too-small t-shirts and baggy pants, often with a studded black belt. The same preference for thrift goods applies, and jewelry still tends to be all-natural and as tight as is possible.

Girls and boys alike wear thick or horn-rimmed glasses and often carry backpacks or messenger bags littered with pins from assorted emo bands or bearing anti-establishment, pro-underground slogans. Emo dress tends to follow lines of nonconformity almost without exception, but individual styles may vary as long as they continue to emphasize secondhand goods or a general expression of indifference toward current fashion trends.
Emo Music
Emotional-punk music evolved out of the punk movement spreading throughout the United States in the 1990s. Both emo and traditional punk music share the high energy level characteristic of punk and post-punk material.

Emo differs from traditional punk in that an extreme emphasis is placed on raw emotion, which is conveyed through heartbroken and sometimes angry lyrics and through emotionally-charged chord progressions and high-energy beats. The music is designed to be highly dramatic, taking the listener through a series of powerful ups and downs with constant lyrical reminders of the heartbreak and pain the music is meant to reflect. Harmony is used more so in emo than in punk music, particularly to accent certain words and concepts, and emo music on the whole tends to emphasize melody and lyricism, certainly more so than does traditional punk music, which is designed to anger and move to action rather than depress or emphasize vulnerability.

Perhaps the most distinct difference between emo and traditional punk music is the former’s repeated use of loud-soft contrasts, reflective of the singer’s mood changes between heartbreak, anger and confusion. Before emo, almost all punk music held a steady volume perpetuated by rhythm guitar. Emo often cuts the rhythm guitar suddenly, opting for a more intimate organ, bells or other softer, more contemplation-provoking type of sound.
Posted by Alex Aung at 1:39 PM No comments:

Visitors to my blog!